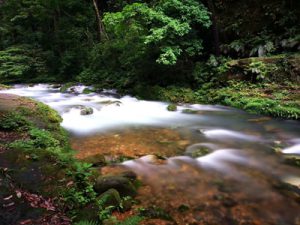 Gloden whip stream is one of most beautiful river in the world,which also is the highlight in zhangjaijie national forest park.With a length of 5.7 kilometers, the golden whip stream is famous for its clear water and its steep mountains. no wonder that someone said: no matter the length of rains or drought, the stream maintain its pure ans steady flow.What beautiful scenery is to be found here! It is not only pretty view in here, but lovely animal living here. Such as lots of monkeys enjoy this place, all kinds of bird just happily sing a pleasant song and golden fish freely swimming in here so on forth.

When you walk into the valley, giving us its first impression is pure water and fresh air. So let us just deep breath and relaxed. Along the stream, it will talk 2.5 to 3 hour of our time in here, okay,in here, all we need to do is start exploring!When we follow the stream to get into the valley, we can see amazing scenery on both sides: Baijie Carrying his wife on back, Golden Whip crag, Magical Hawk Protecting the Whip,A Couple Meeting from Afar, Camel Peak, water Wing Four gates and so forth. 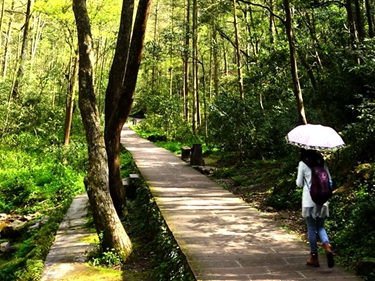 Camel peak: when you visit some natural scenery, sometime you need a little bit of imagination of ourselves so that can understand all the beauty of views. There are several peaks in front us. What are mountains look like? Apparently, the mountain look like the camel in desert what is slowing walking and seems to want some pure water for drinking in the golden stream.

Baijie carrying his wife on the back; Zhu baijie is one of the chief characters in“Pilgrimage To The West”and almost every chinese knows him. Who was assigned by the emperor the task of going on a pilgrimage in search of buddhist scriptures.Imagination again; the beautiful little girl was carried by his husband bajie on his back, opening her umbrella and stepping forward and forth. Don’t look down on Mr bajie; in fact, he is very popular with girls, and he know how to make girls happy and win warm applause from girls.you know, many girls sometime just love this kind of bad boy. 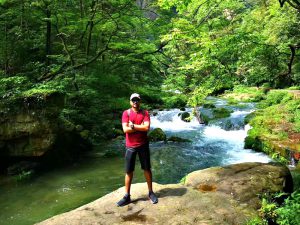 The golden whip stream has been waiting for you for millions of year. You must come to see her, when you walk into the valley, as long as you don’t stop, will countless beauty. May be beauty is possible define it, you know it when you see it.