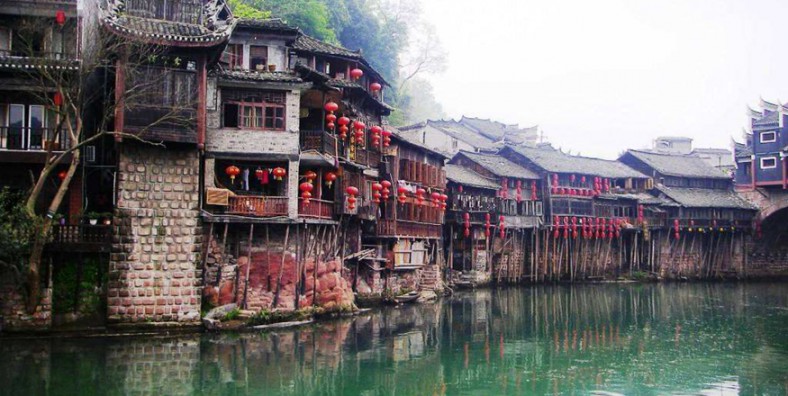 The suspended house is deserved hmage to the poor people, The mmmigrants who travel from other poor villages can not find a place to lay their exhausted head, so they had to manage themselves whn living outside of the town. They built these simple houses along the Tuo jiang river and the moat , which has been built half on the ground and half hanging in the air on the river.

Times change from generations to generation, the woods which are supporting the suspended houses eventually turns black and the stones which are hidden in the river cover over with lichen. The spirit of this regional nation shines through, like a ballad or a paragraph from the emotive epics. It is recording the history of this place as well as the powerful stories of the common people. If there is no suspended house, the book “Bian Cheng” which was written by Shen congwen would simply be figment of our imaginations.