When mentioning the attractions of nature: Zhangjiajie owns the 1st national forest park of China (established in 1982,approved by UNESCO as the "world's Nature Heritage" in 1992)which should be considered as the first positioned attraction and the main travel purpose for coming to zhangjiajie. 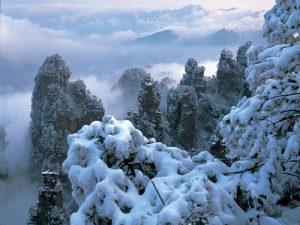 In range of 269 sqkm, people could see an unique typed landscape which could not be found again at any other parts of the world called"Sandstone Peak Forest" formed by 3013 beautiful sandstone quartz pillars. They stand gorgeously in different sizes and shapes and cret and impressive scenery like another planet.

The view is just magnificent . Moreover, the scenic area has been interestingly metaphorized and defined by domestic visitors as " Enlarged Bonsai, Miniature Fairyland", and informally remed by western tourist as :"Avatar Mountain Area" for it's chosen to be the background of the Avatar movie, so even a simple tour could offer a way for anyone to escape from the old earth to the outer space for a fresh breath. 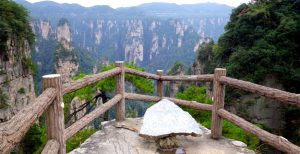 Surrounding these 2 main scenic areas area a great No. of additional attraction. Such as Baofeng lake, Yellow dragon cave, Grand Canyon, Glass bridge, Tianmen Mountian, Hot spring in Jiangya town,Laodaowan Gorge.  All the above places can be picked by people who travel to Zhangjiajie or near Zhangjiajie city . 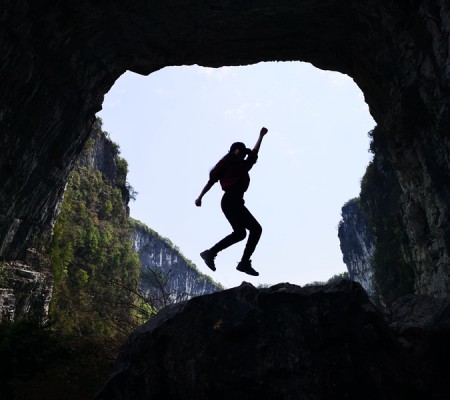 When people ask me Where the best place is for outdoor adventure in Zhangjiajie?i will tell them,it must be Zhangjiajie Binlang Valley,without thinking. In recent years,as more and more... 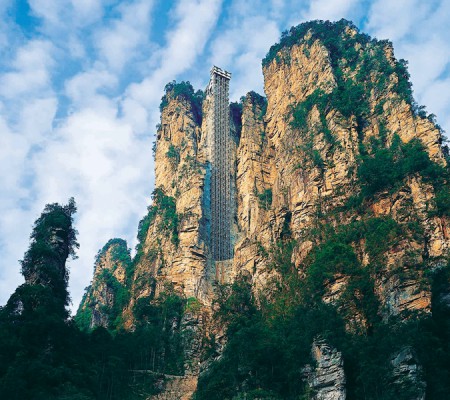 Located in Wulingyuan scenic spot of Zhangjiajie world natural heritage, Bailong elevator connects the main attractions of the park, such as Golden whip stream ,Yuanjiajie and Tianzi mountain.People can... 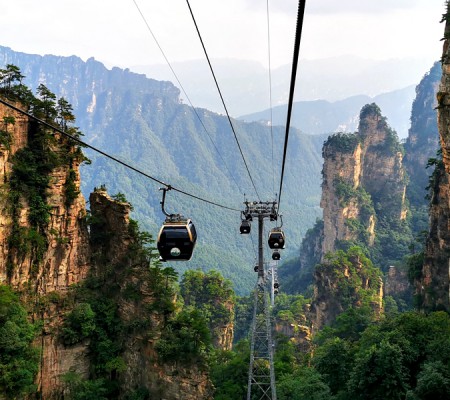 Tianzi mountain cable way is located in the 5 A level scenic spot of Tianzi mountain nature reserve. The total length is 2091 meters, and the vertical height difference... 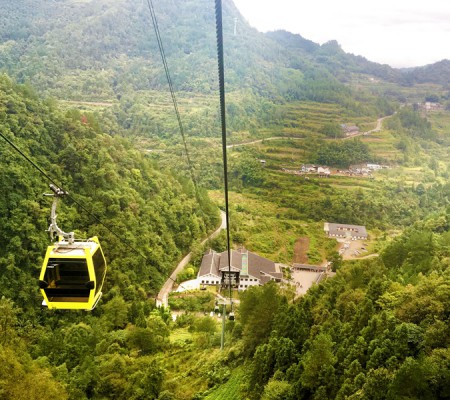 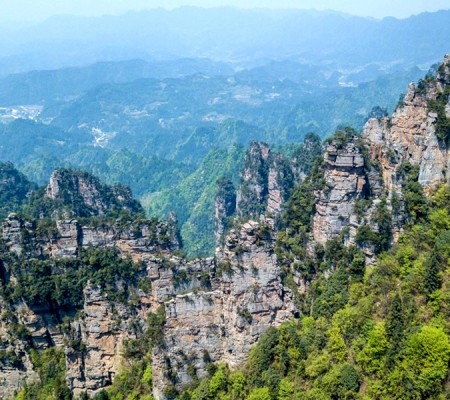 Yangjiajie Scenic Area,also named Wulong village, is a newly developed scenic spot in Zhangjiajie national forest park. It is located in the remote corner on the edge of the... 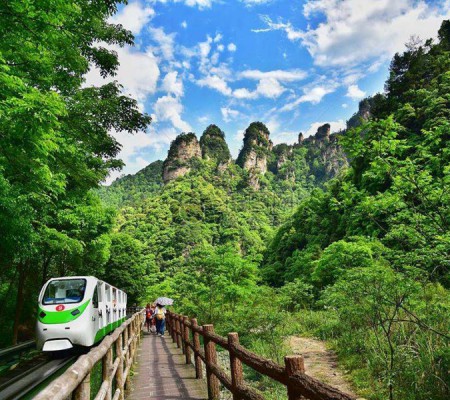 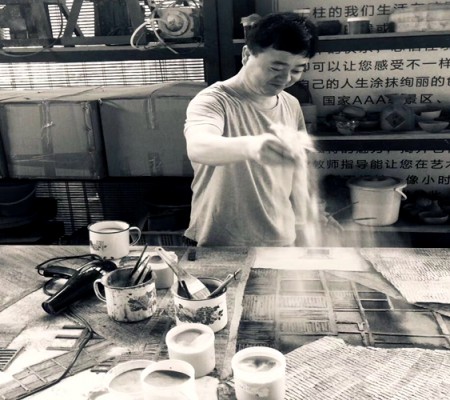 Covers an area of 3.5 mu, Junsheng Art Academy was designed and invested by the founder of sand stone painting -Li Junsheng , which was completely constructed and opened... 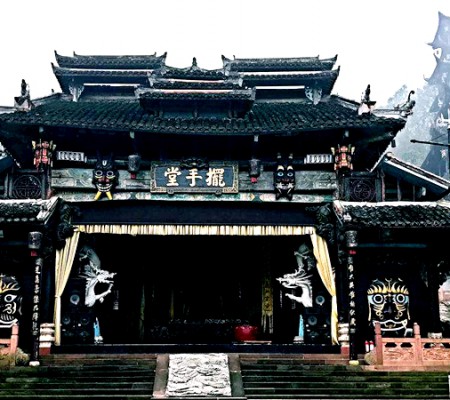 Tujia Minority Folk Park used to be the Palace of Tuijia King.This park  is the former Palace of Tujia King who we call Tusi. and it’s the only spot...

Zhangjiajie National Forest Park-View Bridge Platform Zhangjiajie  National Park is the 1st national Park of China founded in 1982. Within the size of 269sqkm, there are 3013 single peaks... 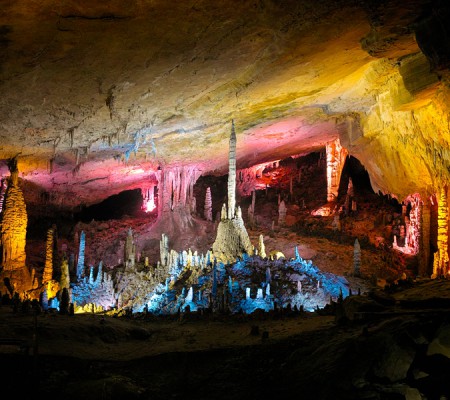