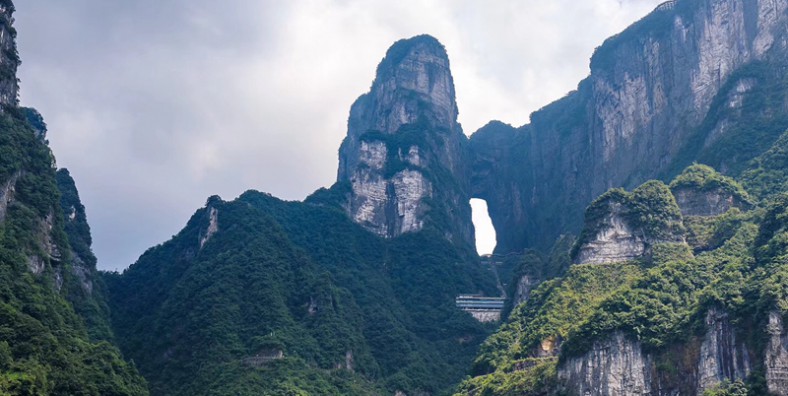 Tianmen Moutain, a famous mountain first recorded in the history of Zhangjiajie, has a elevation of 1518.6 meters . it is only 8 kilometers far from the downtown and is one of the most representative natural scenery o Zhangjiajie for a long time. Tianmen Mountain not only attracts the attention of the people by its miraculous and unique geographic land form and unparalleled natural landscape,but also well know for its profound cultural connotations an famous colorful humanistic sites. It is revered as the soul of culture and spirit of Zhangjiajie is reputed as No.1 miraculous mountain in Western Hunan.

The main body of Tianmen mountain is uniquely sky scraping and domineering Tianmen Cave (a natural mountain penetrating karst cave with the highest elevation in the world),hangs on the towering cliff. The cave becomes the sight under heaven and breeds the profound and garand Heaven culture of fairy mountain in the local area. Tinamen Mountain is the second national forest park in Zhangjiajie . On the mountain top are intact sub-primitive forest with overflowing wild atmosphere in all the seasons. in addition, the densely populated karst hillocks and karrens plus the mating of the strange rocks and graceful trees create a grand garden of bonsai as if blessed by the God.

Tianmen mountain temple, with an area of over 1000 square meters, enjoys a booming pilgrimage ever since the Ming dynasty, it is the Buddhist center of the Western Hunan.

The six unresolved mysteries in teh past hundreds of years such as opening of Tinamen cave, shadow of the Guigu, and Auspicious Unicorn have added the mysterious and elusive atmosphere for Tinamen mountain. the tourist traffice deign of Tianmen mountain is worth the title of world shocking masterpiece. It will bring shocking and unforgettable experiences for the tourists..Tianmen mountain cable way, Heave-linking Avenue,Tianmen Cave and Bonsai Garden in the air are reputed as the four great wonders.

Tianmen mountain cave way -the longest one way recycling passenger cable way in the world, has a length of 7455 meters and a height gap of 1279 meters. it takes tourists from the atmosphere of modern city directly to the hug of the primitive garden in the air. During the running of cable way, the landscape transforms into a kaleidoscope, making the tourists experience a miraculous feeling of flying angels in the sky as well as of being blended into a long grand painting of landscape.

The mountain-winding highway of Tianmen, nickname as heaven linking Avenue, has a total length of less than 11 kilometers , Yet the elevation of it rises sharply from 200 meters to 1300 meters. The avenue rises steeply according to the form of mountain, the 99 bends link closely with other and pile up in layers,making a pattern of a circling flying drgon reaching the skyline. Tourists arrive at it , which is worth the tittle of the Top highway wonder in the world. 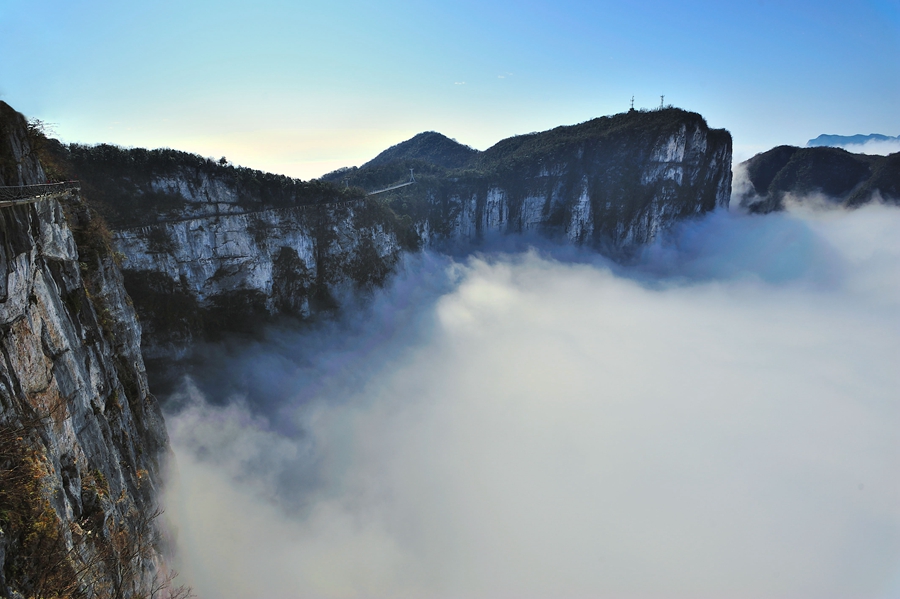 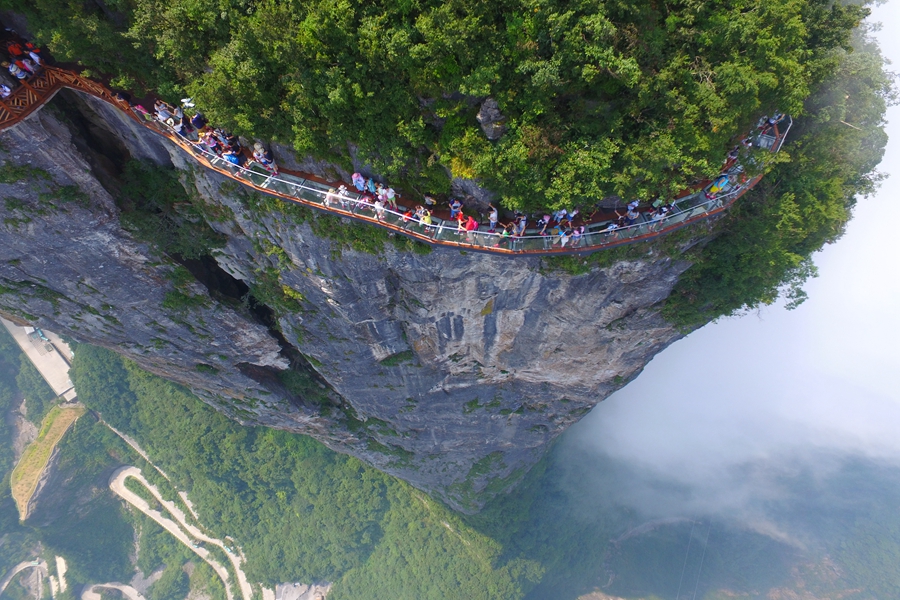